Well, we all pulled together and made a supreme effort to get the house ready for the 'Housewarming' party that Harley had set in motion and I'm pretty pleased with how it all came together. 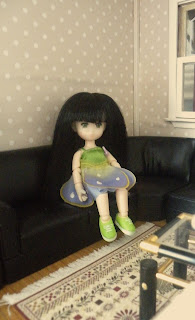 I had to dip into my savings a bit to buy a new suite but I got the bargain of the year at the secondhand furniture store and picked up a leather corner suite for next to nothing! I managed to get a few other bits of furniture for here and some new units for the kitchen too. I think it was worth it. Now we can all spread out and relax instead of all cramming onto my old 2 seater couch and single chair. We switched the kitchen and this room round and I think I like it so much better with this layout. 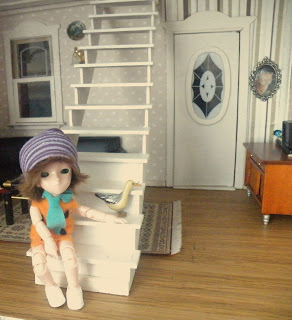 Harley had decided it might be fun for the housewarming to be a costume party so I altered one of my dresses and now I'm a flower fairy! I couldn't find my wings though so I'm not going to be able to flit about much! Harley outdid himself with his costume. He's been upstairs working on it all afternoon. He made his little Fred Flintstone costume a little on the short side though, I think. 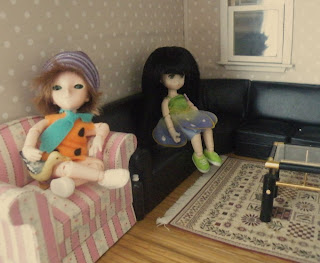 We had barely enough time to get the food ready and sit a moment when the doorbell went. Daisy had gone round to collect my neighbour Vivienne and it turns out she is French, as I thought. She doesn't speak much English but knows enough to be able to work out that it was a costume party and came as a Victorian French maid! I knew Daisy would come as an animal, and I was right. A bunny! So cute. 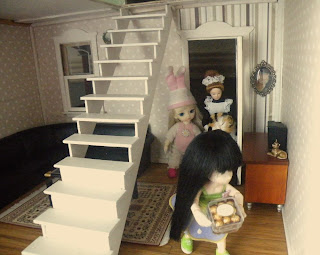 Vivienne had brought some French chocolates as a housewarming gift and she'd also brought her very sleepy cat and Daisy was very keen to get to know him. I led everyone through to the kitchen and put the chocolates with the other things to nibble on and Vivienne's cat curled up on top of the washing machine to nap. 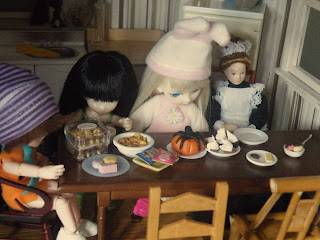 Harley had his eye on the chocolates from the start but all Daisy had eyes for was the spider cake I made. I know Halloween is past but I just couldn't resist making one when I saw the recipe for it in a magazine I read yesterday. I don't think Vivienne knew what to make of it all, she just sat there smiling politely. 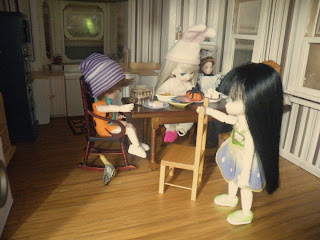 I was just about to take my seat and choose something yummy to eat when there was another knock at the door. I couldn't think who it was but wondered if maybe Captain Hives or Mr Bubbles had decided they could come after all. I'd already heard from them both that they had other plans and wouldn't make it so I wasn't sure who could be at the door. 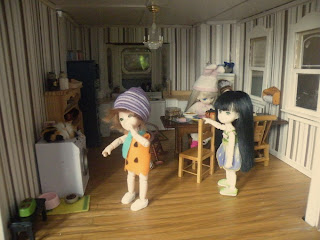 Harley seemed very excited about it though and leapt up shouting "COME IN" at the top of his lungs! I thought for sure Vivienne's cat would wake up with a start at the noise but he just kept on snoring. He's the sleepiest cat I've ever come across. We all waited with baited breath to see who would come round the corner and were rewarded moments later when a sparkly mermaid appeared! 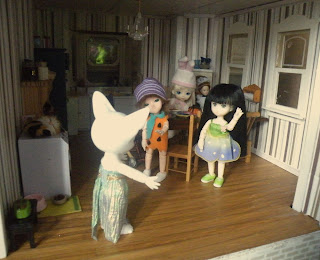 It was Harley's friend Sandy that he had invited on the phone the other day. She was so beautiful! Her dress was like rainbow silk and shimmered when she moved. 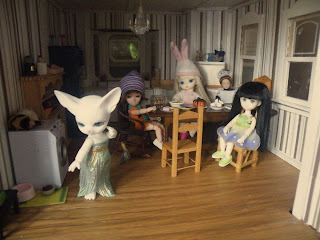 I asked her to give us a twirl so we could all see her costume better and we almost clapped she was so pretty! 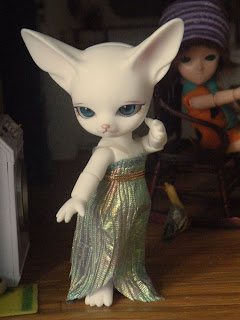 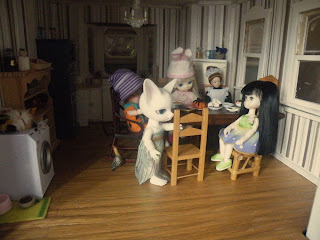 After we had all finished 'OOhing' and 'Aahhing' over Sandy she joined us and we all sat around laughing and eating. Vivienne did her best to keep up and we tried to include her in the chatter but I think it was hard for her. Maybe she can teach me some French and I'll teach her some English so that we can understand each other better. 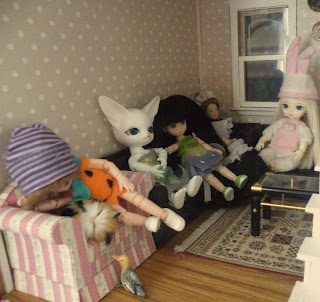 When we'd all eaten more than we could handle we collapsed onto the couch and Sandy said she was sure her tummy was going to pop, she'd eaten so much. We were all in danger of falling asleep with all the food inside us and Harley looked like he was all set to sleep it off on the chair with Vivienne's cat. 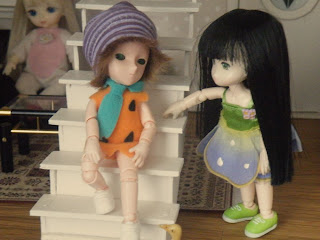 I called him to one side to talk about an activity to wake us all up and suggested he go upstairs and find his ZUMBA dvd. That was sure to wake us all up! I was just in the mood to boogie about a bit to burn off all the calories I'd just eaten. I suggested to Harley he might want to go add a pair of trousers while he was up there...although it would have been a giggle to see him leaping about and zumba-ing in his Flintstone Minidress! 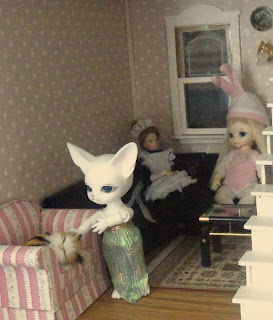 I'm not sure how Sandy will get on with that dress and Zumba but maybe it's more stretchy than it looks. Maybe Vivienne's cat will wake up long enough to join in too! 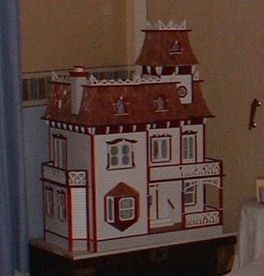